Beware of Fake Google and other Dangers of Being Found

Beware of Fake Google and other Dangers of Being Found

I have a client that just last week dipped his toe into Google Ads to get a feel for how effective it may be for his traffic and customer acquisition.  He already received his first attempt of being scammed by someone claiming to be Google and asking for his login information to try to “help him” with his ads.  This brings to the forefront one of the drawbacks of being found that business owners should be aware of. Though the good far outweighs the bad when customers are finding you online and growing your business, the sketchy scam artists also start to find you.  You show up on the radar of some of these tools that just search for websites that show up in organic or paid search and then reach out to the site owners and try to scam them. Though there are many scams of this type, the most concerning is the fake Google people.

As my client said to me when we discussed this.  Google is a brand that people trust. This is why people try to take advantage.  Sadly they just flat out lie or drastically twist the truth.  I got an email requesting ownership of my client’s Google Ads account out of the blue. The ads literally just started running a few days ago.  These people called the contact info and tried to get info from him.  They then requested ownership of the account, figuring if he believed they were Google he would trust them. If he had gotten that email instead of me and allowed it, they would then have access to his credit card information and anything else in his Google account, which could be ownership of his business page and other sensitive information.

There are a lot of scammy people out there doing this kind of stuff. Luckily, I am familiar with it because I see it over and over again with what I do, but many business owners are just experiencing it for the first time and think it is Google reaching out to help.  First of all, no offense to Google, but you probably don’t want to blindly take advice on how to give them money from the people that you are giving the money, so I don’t recommend you talking to Google about it anyway. However, even if you do learn basics from someone at Google, they typically aren’t going to randomly call you out of the blue.  Some important things to keep in mind.

If someone calls and claims to be Google, they have access to all of the information from the back end. They don’t need to log into your account. DO NOT GIVE ANYONE YOUR PASSWORD OVER THE PHONE. Once again, it is very rare and almost unheard of for Google to actually reach out to you. In fact, it is better to just assume they don’t. If someone cold calls you and claims to be Google, just hang up on them. It is vastly more likely that they are a scammer.

There is a Difference Between a Google Partner and Google 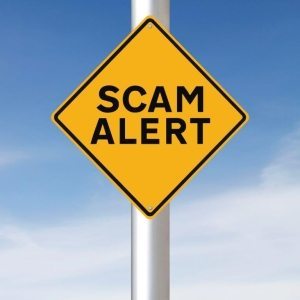 Some companies that are Google partners try to claim to be Google. There is a big difference. I am a Google Certified Partner, but would never claim to represent Google.  Unfortunately, not everyone is so ethical. Being a partner just means you passed a few tests and manage a certain volume of Google Ads accounts. It doesn’t mean you work for Google or can get any special ranking favors from Google. I have heard many times from clients and prospects that “Google called them and offered them a deal” or “this company claims to have an agreement with Google to allow better ratings”. There is no such thing as an agreement with Google for better ratings.  If Google allowed that, whatever trust we have in Google would be eroded and they would fail as a search engine. The only deal you have with Google is paying them to advertise and doing a great job with SEO to best represent your site in ways their algorithm favors.

It is a good idea to work with a search engine marketing company that is independent and knows what they are doing, but if they start out by saying they are Google or have a deal with Google, that is an easy way for you to cross them off your list. They are already being dishonest.

In general, you should just never give out login information to anyone over the phone.  Whether it is for business or personal purposes, but sometimes business owners judgment gets cloudy when they are struggling every day to move their business forward. Make sure you keep your common sense and realize some people just lie. Sometimes the side effect of success in getting better online exposure is that these creepy people find you too. You have to keep your guard up. Make sure you work with a company that has references and a history. Check their Google My Business listing and make sure you know who you are talking to. Look them iup on the BBB.  The next time someone calls out of the blue and says they are Google, save yourself a headache and hang up.