Latest Google Ads Scams May Be Google Themselves

Home/Latest Google Ads Scams May Be Google Themselves
Previous Next

Latest Google Ads Scams May Be Google Themselves

Be careful out there.  For years I have saved several people per year who had “help” from Google with setting up their Google Adwords or now Google Ads campaigns.  There was a time when I was warning people about fake Google people calling and tricking business owners into letting them “help” them with Google Ads. That is still a scam too, but now it appears that Google themselves, or companies Google has granted access to, are emailing or calling business owners directly to tell them there are problems with their campaigns and offering help. I highly recommend you avoid these calls and emails. I continue to have to save business owners after making these changes.

There was a time when I would tell people that most people that called you and claimed to be Google were not actually Google, but either straight out frauds or companies that passed the Google partner exams and in a sketchy manner portray themselves as Google. I am also a Google partner but would never represent myself as Google.  This in itself is dishonest and sketchy.  Sadly, the simple answer now is that I would skip the call or email entirely if I were you. Even if it is someone at Google, they don’t have your best interest in mind and with all of the “saves” I’ve done in recent years of business owners who let Google make major changes to their accounts, only to see calls or sales drastically fall off while ad spend went up, many are better off setting things up themselves.

Google has been reaching out even more aggressively this summer with scare tactic messages to try to get business owners to give them the keys to their Google Ads accounts. Don’t do it.

Google Telling You How to Give Them Money

Think about it. With Google Ads you are paying Google to show up in their search engine.  If you are buying a car, do you trust the used car dealer to give you a completely unbiased suggestion on how to spend your money? No, they want you to spend your money with them and are going to push you in that direction.  They want to maximize their sale. Google didn’t get as big as they are without trying to maximize ad spend.  Handing them your wallet and letting them choose how much money and how to spend the money you are essentially giving to them just doesn’t make sense.

I just talked with a business owner in Texas last week that had built his own campaigns that were leading to enough sales to justify his ad spend and keep it going. Google reached out to him and overhauled his campaigns and convinced him to drastically increase spend.  His phone stopped ringing and he suddenly had a huge bill to Google that he wouldn’ t have normally had.

Every Business and Site Has a Different Story 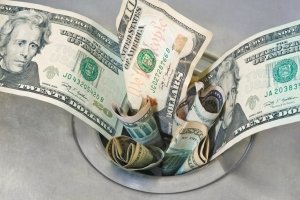 I don’t think the Google people are specifically calling you with the hopes to sabotage your campaigns, but they tend to make very generic changes to accounts that work in a theoretical world for giant companies with unlimited budgets. If you spend tons of money on lots of keywords, some of them will hit and you will get sales.  The problem is most small businesses don’t have unlimited budgets to spend to find the keywords that work. They need to build campaigns in reverse and be specific as possible to find the best search terms that work in their particular market and even with their particular website.  Google doesn’t know the business or industry, but just what works in large scale when spending lots of money on Google. Don’t let Google touch your campaigns.

You don’t have to hire me, but you should look to find a trustworthy (check reviews, BBB, and company history) and independent search engine marketing company that will take your budget and your specific business into account when setting up your campaigns. I have to sadly recommend to you now that I have saved so many of these companies, that you should just never listen to the Google reps.

As a certified partner, I get calls and emails all the time from Google reps looking to have calls with me to make suggestions and updates to my client campaigns. Every time I have set the time aside to meet with them, as someone who is paying attention to this stuff every day, the time with a Google rep is a complete waste of time. They come in with suggestions to spend more money or other keyword suggestions with no knowledge of that business or history. Typically I spend the time explaining why these suggestions are pointless or have been tried to some degree and proven ineffective.  An example is telling me that there are problems with the campaign because it is getting clicks outside of my targeted geographic market.  The campaign had remarketing on, which are the ads that follow users around once they have visited your site.  Therefore if someone was on your site and then went on vacation outside of your market, they may still see your ad. This is fine with us. We want to stay top of mind when they come back.  However, Google will use this data as an excuse to “fix” your campaign, when in actuality, it is doing exactly what we want it to do.

Keep Google Out of Your Wallet

It is worth paying someone independent and trustworthy to set up a campaign for you and you can make tweaks from there, or even have them come back monthly or quarterly to make updates and analyze for edits and suggestions.  Google, through their keyword matching and bidding components, as well as now their ad staff, is always trying to take more and more of your budget, and a big part of running a campaign is constantly applying measures to keep them from creeping in and taking more money from your budget for keywords you know don’t work. 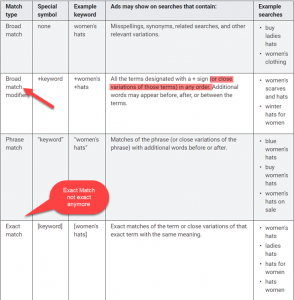 Google has made major changes to its keyword match types in the past couple of years. They basically eliminated your ability to advertise for “exact” search terms or phrases by changing the definition of “exact” to include “close variants”. This basically allows them to decide what keywords you want to show up. Worse yet, it still calls them exact match and newbies wouldn’t be crazy to assume that they are getting an exact match when using this match type, but they are not.  The exact concept doesn’t exist anymore. This year they took away the ability to use broad modifier terms that “force” a certain word to be a part of a query (used heavily to sculpt and force important terms by those in the know)  by allowing themselves to include “close variations of those terms…in any order. Close variations include terms with the same meaning. “(from Google match types page) This basically means they now can choose any word they want to be in the phrase, eliminating the usefulness of the broad modifier concept and moving all of the match types closer to the same thing, which is just letting Google choose where you will advertise. You have to be very careful and stay on top of your negative keywords lists.

Just be careful and work with someone you trust or has a reputation you can trust. Call us if you want help, but don’t let Google control your wallet.